In 1946, Vern Halter started a small accounting and tax business in his garage in Long Beach. His brother Bob joined him the next year. Vern took and passed the exam to become one of the early Public Accountants. They took offices in several places, one of which was the Ocean Center Building at Pine and Ocean. 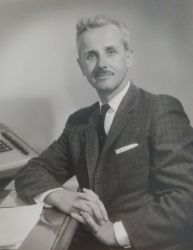 Vern and Bob’s sister, Della Ramsay, helped with bookkeeping during the ’50s and all the way into the ’90s. Della’s daughter, Heather, started out part-time during the summer of 1972, little by little learning all the different aspects of accounting, bookkeeping, depreciation schedules and the like. She started full-time in the fall of 1973. In 1976 the office moved to PCH near Long Beach Blvd, in order to have a building with air conditioning so the big Burroughs computer would not overheat. Two years later we moved to Pacific Avenue, where we had an upstairs area for about five years before moving to our current building on Wardlow Road. 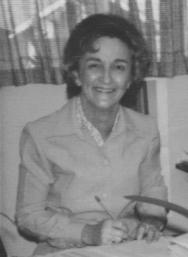 Vern decided to “semi-retire” in 1988, and Bob, Della, Heather and Bob’s wife Jeanette (who worked during tax season) carried on. Vern died in 1993. Della suffered a stroke in 1997, but after some recovery time, still was able to help out a bit afterward. By the time she stopped working, her daughter Melody joined the firm, in 1999, and she quickly learned to do a lot of things to make herself indispensable. Bob’s daughter Tracy came in to help part-time in 2010. But then Bob, who had always said he would die at his desk during tax season, fell ill in June 2011, and passed away two weeks later. 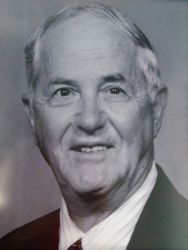 Thankful that Bob did not die during tax season nor at his desk, Heather inherited the business, and she, Melody, Tracy and Mike are doing whatever it takes to keep all the clients happy.